You Just Can't Trust The Bible

This idea gained a lot of traction 150 years ago but throughout the 20th century archaeology has consistently proved the bible to be right. The geographical and historical information in the bible has been backed up when compared with other data. For instance, the Bible was the only source that mentioned Belshazzar (King of the Persians in Daniel’s day) until a couple of decades ago when archaeologists unearthed a cylinder seal in Iraq which mentions him. The bible was right all along! Outside of the bible there is plenty of evidence for Jesus, mostly from anti-Christian sources. We’ve got more evidence for Jesus than for Julius Caesar's visit to Britain. But everyone accepts the evidence about Julius Caesar so why not Jesus? The bible doesn't have contradictions as some people suggest. It isn't a text book, it's a story with different emphases and illustrations. In the gospels for instance, different authors have expressed different perspectives on Jesus’ life but they were quite obviously all writing about the same events and the same person.

Two of the gospel accounts of Jesus’ life were written by his contemporaries, people who actually knew him well. A third account was likely reported to the writer by a close contemporary and the fourth was a carefully researched biography based on interviews with many eyewitnesses to what happened and what was said. Contrary to popular belief, the bible hasn't been tampered with. Thousands of pieces of manuscript evidence suggest that the exact opposite is the case; the bible has been painstakingly and accurately copied and passed down. We can examine the bible in exactly the same way that we think about any other ancient manuscript and make objective judgements about it which can which will answer the question “Is it true?” with a resounding Yes” and the question "Has it been changed?" with a resounding "No!"

Why not read the bible and evaluate it for yourself, perhaps starting with the bible's central character, Jesus Christ. Find out who he is and what he did so that you can come to your own conclusion. 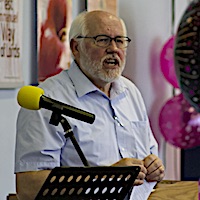