1 Peter 2:13 - Be subject for the Lord's sake to every human institution, whether it be to the emperor as supreme

1 Peter 2:18 - Servants, be subject to your masters with all respect, not only to the good and gentle but also to the unjust.

The verses today come from one of Peters letters written when he was an older man. He would have been around 60 years old at the time he penned the letter. Peter is telling believers to be subject (meaning: be under control of jurisdiction) to the ruling authorities. In 60 A.D. this meant Emperor Nero who can only be described as a complete lunatic.

I want to look at how Peter grew as a follower of Jesus. How his character and thinking changed over time by focusing on how Peter viewed the worldly authorities.

Peter was a fisherman. When Jesus first meets Peter in Matthew 4:18-22 he was casting a net in the sea.

Fishermen in the 1st century had a reputation. They were considered tough men, with hot tempers and vulgar language. Mostly they were uneducated but they had their wit's about them knowing how to brave the seas and the fish markets.

Did Peter have any of these "hard man" characteristics? Well yes, he did!

Remember when the soldiers came to arrest Jesus. What did Peter do? He pulled a blade and cut a soldiers ear off - John 18:10. The Lord then tells Peter to put his sword away. When Luke records the same incident we see Jesus telling Peter "No more of this!". How embarrassing for Peter!

Fast forward 40 years and Peter is writing letters to the Jewish believers in Jesus telling them not to oppose the ruling authorities.

What Peter!? Didn't you oppose the ruling authorities and their soldiers when they came to arrest the Lord! This sounds like a different Peter.

Peters thinking had changed. He was talking and thinking more like our Lord Jesus who suffered at the hands of the authorities. Yet our Lord did not fight back.

This changed (conformed) Peter is mirroring the Lord Jesus in a much closer way at the end of his life.

When we meet to Jesus we come with views and behaviours that don't line up with being a follower of him. But over time we are "conformed to the image of his Son" Romans 8:29.

This means our thinking and behaviour start to line up with Jesus. A process known as sanctification. It doesn't happen overnight, it happens over a lifetime. Slowly but surely you and I will become more like Jesus.

The key... Just keep on following Jesus. It won't happen without Him! Commitment to Christ means change for us all, and that is what we all need!

Prayer: Father, I want us all to change like Peter. For our old thinking and behaviour to be chiselled off by the power of the Holy Spirit. Father, please conform us to the image of your Son. Your name will be glorified by our sanctification Lord. Please give us the grace to forgive each other through the journey of sanctification, with the same grace you have shown us. In Jesus name. Amen. 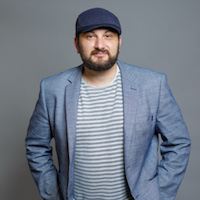